As per the government of India, the total number of confirmed Covid-19 cases in the country were at 37336 with 9951 patient recovered and 1218 deaths till now.

=> Nifty Media was the biggest loser, down 8.04 per cent at 1,179. Nifty Metal and Nifty Financial Services and Nifty Realty were among other major losers plunging more than 6 per cent each.

=> The brutality of the stock market crash has caught everyone off guard. Within 20 trading days, starting 24 February, the Sensex has receded nearly 15,000 points or 36 per cent.

=> Before Covid-19, the economy was facing a structural slowdown. Passenger vehicle sales, which can be a proxy for consumer confidence, dropped almost 15 per cent in April-February 2019-20 compared to the same period of the previous year.

=> Investors lost Rs 10.17 lakh crore in the market mayhem as total market cap of BSE-listed firms slid to Rs 1,05 lakh crore.
Stocks like Ultratech Cements, Adani Ports, Shree Cement, and Axis Bank were among those that hit 10 per cent lower circuit limits. ICICI Bank, ITC and Grasim Industries were also down about 10 per cent each.

=>Technically, the major crash in crude oil prices of such a magnitude is positive for India due to its heavy reliance on imported crude. Some estimates pegged $7-8 billion savings for India for every $5 a barrel fall in oil prices. Brent oil prices fell by over $14 a barrel early on Monday, potentially saving India $20 billion in import expenditure.

“This crisis is a good time to invest in Indian markets,” Jain told ET NOW. 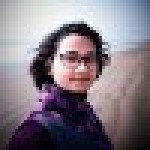 To be a writer/poet is a condition not a profession.. If you understand this, understand life 💙